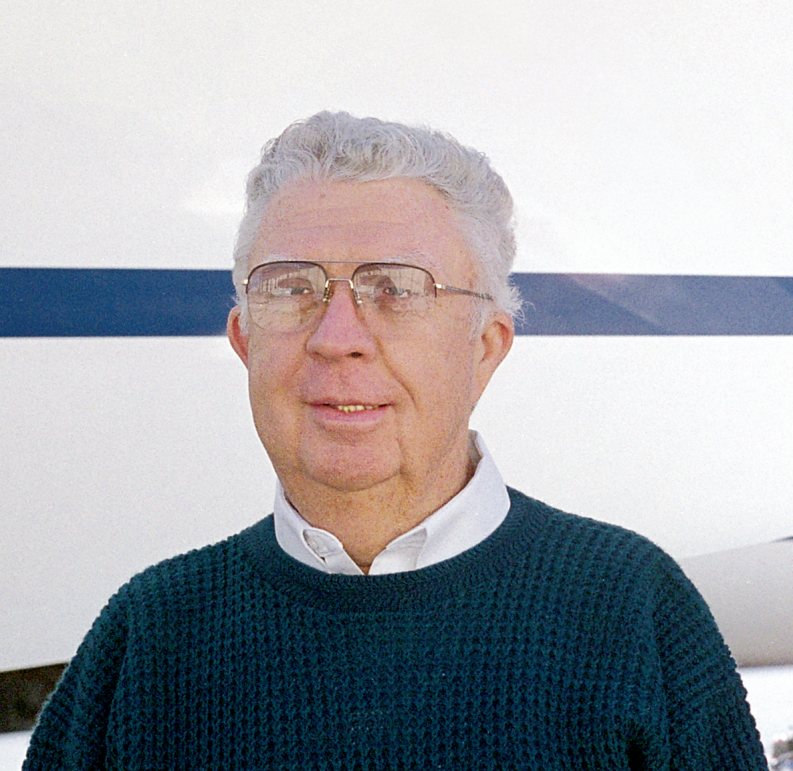 A Message from Frank Butler, President of Catalina Yachts

When I founded Catalina Yachts in 1970, my goal was not to become the largest sailboat builder in the United States. My goal was, and still is, to build good boats that are a good value for our customers.

Accomplishing this requires planning, efficient manufacturing (a part of the process I particularly enjoy) and well-designed boats. I believe Catalinas do well in a very competitive market, because they are the result of listening carefully to our customers and dealers. When we design a new boat, we don´t try to reinvent the wheel each time. We incorporate proven features with new ideas and a lot of boatowners´ suggestions. This gives the line continuity, helps us avoid overly trendy styling, and insures good resale value for Catalina owners.

At Catalina we are especially proud of having the biggest percentage of repeat customers in the industry. We are all committed to maintaining the high level of customer confidence this represents. The Catalina philosophy means listening to our customers and doing our best every day.

On that promise the Catalina family will continue to grow.

At an age when most men have put their working days far behind them, Frank Butler of Catalina Yachts is still stacking hours and building boats – and enjoying every minute. Traffic is moving briskly on California’s famed Ventura Highway, flowing due west from Los Angeles, and Frank Butler is moving right along with it. Butler is the president of Catalina Yachts, but he’s put that in the rearview mirror for the day and he’s […]

The National Sailing Hall of Fame

“I am so proud to sit with these superstar sailors,", said Butler in reference to his fellow Inductees.

“I remember when I built my very first boat. I was about 12-13 years old. I made a boat that was about two feet long; it was a sailboat… I never thought at that time I’d be building 60,000 boats. I enjoyed it…it was not work. It was so much fun.”

Every Catalina model is built in Florida now, a consolidation that's been in the works for some time. In fact, all new Catalinas designed and built in the past ten years were built in Florida.

In an effort to strengthen our manufacturing base as we complete this long term strategy, we've invested millions in expanding the Florida plant, creating over 90,000 square feet of new production facilities, for a total of 275,000 square feet that includes eight buildings spanning 26.5 acres. This growth is an expression of our core belief in the sailboat market. The Largo, Florida plant is one of, if not the largest sailboat production facilities in America.

And, since some 70 percent of our customers live east of the Rocky Mountains, aligning ourselves exclusively with the east coast plant provides more competitive pricing to both domestic and European sailors, saving our owners thousands in shipping and freight costs.

Our expansion to Florida not only gives us the second, well-known Morgan brand but also provides a more viable location and friendlier manufacturing environment to build the increasingly popular larger Catalina models while developing new designs.

Back in 1974, cornfields surrounded the Catalina plant in California. Today it is a well-developed suburban community. Once the center of production boatbuilding, Southern California was home to many boatbuilding greats that were competitive forces but have since closed their doors. The closing of the Woodland Hills operation signals the real and symbolic end of a grand era in California boatbuilding.

To date, we've built nearly 16,000 Catalina 22s, including the 22 Sport version and the 22 Mark II, both of which remain in production; at one stage, five 22s a day went out the door. We followed up quickly with the Catalina 27 and then the 30, the combined runs for which ultimately produced another 13,000 models sold.

We weren't just amassing huge numbers here; we were redefining how the game was played. First, nearly everything was done under the same roof at Woodland Hills, where Frank moved the company from North Hollywood in 1974.

With the major move and expansion to the Florida plant, that figure will no doubt increase. One thing that will likely remain stable, however, is the staunchly loyal customer base that Catalina has enjoyed practically from the outset.

Today, Catalina remains one of the major builders of production sailboats, and we're now as well known for our line of full-size, go-anywhere, systems-rich cruising yachts as we are for the entry-level boats that helped launch the brand.

Going forward, our plans are to remain a reliable, solid force in the sailboat-building arena. As we strengthen our growing Florida base, we will increase our staff, and continue to design and produce our ever-evolving line of quality sailboats.

Here at Catalina, we are always seeking ways to build boats that are stronger, safer and smarter. Our attention to every detail maintains owner loyalty. It's time to take a closer look at Catalina. You'll like what you see, and with safety always our #1 priority, you're bound to feel really good about what you don't.

December 1974 Catalina´s third model, the Catalina 30, is introduced; the trend-setting design is an immediate sales success and wins its class in the Newport to Ensenada Race.

March 1980 The Catalina 38 is selected as the match-racing boat for Congressional Cup by the Long Beach Yacht Club; Dennis Durgan wins.

September 1980 Catalina 22 hull number 10,000 is completed. C22s are being built at Catalina´s East and West Coast plants in England, Australia, and Canada.

July 1982 The first Catalina 36 is completed at the Woodland Hills, Ca., plant.

March 1983 Mainsheet Magazine issue no. 1 is published, quickly growing to over 100 pages and 10,000 Catalina owner subscribers.

May 1984 Catalina acquires Morgan Yachts in Largo, Fl., which becomes the Morgan Division of Catalina, specializing in cruising and charter boats and building many Catalina models on the East Coast.

May 1985 Catalina 27 hull number 6,000 is built in Woodland Hills, making the C-27 the largest class of keelboats in the world.

October 1987 Catalina 30 hull number 5,000 is completed. Catalina 30s are being built at the East and West Coast plants, as well as in Canada and England.

July 1988 Billy Peterson supervises the installation of the largest (70 ft.) computerized sail-plotting and cutting machine in the U.S. at the Woodland Hills, California plant.

August 1988 Coronado 15 skipper Alison Jolly becomes the first woman to skipper in the Olympics; she wins a gold medal in the women´s 470 Class.

December 1992 The Catalina 270 is unveiled, replacing the C-27 and wins one of Cruising World Magazine´s "Boat of the Year" awards.

February 1993 The Catalina 320 is introduced at the first "Sail Expo" and is enthusiastically received by new owners.

February 1994 The Catalina 400 is introduced at "Sail Expo," the only twin-wheel boat built in the U.S.; it´s the hit of the show.

February 1994 The Capri 16.5 introduced at "Sail Expo," a beach launchable performance sailing dinghy for sailors with a wide range of ages and skills

May 1994 The Catalina 250 is introduced as the first water ballast t railerable sailboat from Catalina.

January 1995 Frank Butler receives SAIL´S Industry Award for Leadership for "building boats that are "straightforward, offer price for value, are solid and honest"..."With a product analogous to the Ford in the car business, Catalina Yachts has allowed vast numbers of people to experience sailing, considering both the skill level and financial wherewithal of potential sailors, that might not have been able to otherwise, thus radically changing the sport of sailing over the past 25 years."

January 1995 The Catalina 22 markII is introduced with re-designed and enlarged deck and new interior.

February 1995 The Catalina 22 is named as one of five charter members to Sailboat Hall of Fame.

March 1995 The Catalina 36 Mark II wins one of Cruising World Magazine´s "Boat of the Year" awards.

February 1996 The Catalina 34 MarkII is introduced with re-designed and enlarged deck, transom and interior.

March 1996 The Catalina 28 Mark II wins one of Cruising World Magazine´s "Boat of the Year" awards.

April 1996 The Catalina 380 is introduced as reflection of the priorities expressed by experienced sailing couples and families.

January 1997 The Catalina 380 wins one of Cruising World Magazine´s Mid-Size Cruising "Boat of the Year" award.

January 1999 Catalina inaugurates the Catalina Cruisers Hall of Fame to honor the Catalina owners´ who have made notable voyages aboard their boats.

January 2002 The Catalina 350 is introduced to enthusiastic reviews and results in 100 boats sold the first model year.

July 2002 The Catalina Expo 12.5 and 14.2 are introduced as particularly easy to sail for both younger and older sailors.

May 2004 The Catalina 18mkII is introduced with new deck, cabin house, and cockpit.

January 2005 The Catalina Morgan 440 wins one of Cruising World Magazine´s "Boat of the Year" awards for "Best Production Cruiser 40´ to 45´.

October 2005 The Catalina 309 is introduced at the St. Petersburg Boat Show

October 2006 The Catalina 320mkII is introduced.

October 2010 Catalina 355 is introduced at the United Staes Sailboat Show in Annapolis, MD.

October 2011 Catalina 385 is introduced at the United States Sailboat Show in Annapolis, MD.

October 2012 The Catalina 315 is introduced at the United States Sailboat Show in Annapolis, MD.

October 2013 The Catalina 275 Sport is introduced at the United States Sailboat Show in Annapolis, MD.

October 2016 The much anticipated Catalina 425 makes a world debut at the United States Sailboat Show in Annapolis, MD.